Last winter we experienced some of the coldest temperatures in years. We even had a few over night lows drop bellow the “cold enough to kill” of -24F. The timing of these overnight lows were off though. We had with in one week daytime highs above freezing and rain. Added to this, we had a generous blanket of snow. 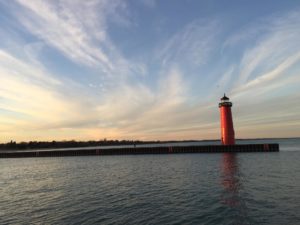 What does this mean for this spring and summers pest pressure?  Lets start with the non native species of Carpenter Bees, Emerald Ash borer and Japanese Beetle. Yes, they have taken a hit. Some a serious hit. The Emerald Ash Borer in particular. Why the EAB more so than the others? Their life is almost exclusive above ground, where the snow cover offers no real protection. Japaneses Beetles spend their winters in the larvae or pupae stage, in ground. The snow was pretty deep in the Kenosha area during these cold snaps. Their numbers may be lower, not significantly though. Carpenter Bees will be a mixed bag, they spend their winters in the brood chambers they excavated into under finished wood of deck, fences, overhangs and log cabins! Those that were in the exterior of log cabins did survive quite well. Sunny sides of homes with wooden overhangs. I expect an initial wave to hit late May early June. They won’t be as abundant. If weather warms up around Mothers Day and remains warm? We may have those that survived become quite productive in new generations. Lower numbers can also mean, few males competing for the females affection.

What about our native and perennial pest such as Mosquitoes, Ticks, Fleas, Mice, Carpenter Ants, Flies, and Wasp?

If the last few weeks of on again off again warm spells has produced. All of the above have survived the Polar Vortexes quite well. Yes, I have already been bitten by mosquitoes west of the Interstate. Salem and Bristol in particular.

Last summer I observed mosquito populations expressing resistance to more and more synthetic active ingredients. Not all over Kenosha and Racine Counties though. Certain pockets had populations that would not respond at all, while the same product would know the socks off the mosquitoes in another. This is where having an experienced applicator pays off. Not just a business, the actual applicator! I have been doing mosquito work since 1985! Good memory and even better notes, pays off. I also started using more natural products and replants over ten years ago! They so far have proven to show little to no resistance issues. By either using them exclusively or as a hybrid blend? I get phenomenal results! I spend well over ten times as much on my products,as my competition. Yet manage to keep my fees competitive. I also avoid doing any mosquito work before 5 PM. This reduces the risk of harming pollinators and other non target insects. The winds are also calmer.

Carpenter Ants are late, not because of winter, well not directly. Perhaps winters refusal to let spring take a foothold has some blame. Western Kenosha County in the Twin Lakes, Wilmot, Trevor area has had significant carpenter ant activity.

TICKS! Holy Cow! Talk about one tough critter! They clearly have not been impacted by the winter cold. It is as if they gain strength from it! We have seen some of the earliest calls for adult American Dog/Wood Tick. Pleasant Prairie is surprisingly still the hot spot in Kenosha County. A few have been found in the outlying areas of the city of Kenosha.

Wasp, Yellow Jackets and Hornets will be about the same as the last few years.

Spiders, like the tick, appear to have gained strength from the winter temperatures. Not literally of course. Their numbers definitely survived the cold.

Fleas and Flies. They will be late bloomers as usual. Peaking in late August well into the fall.

Now is always the best time to plan for your seasonal pest control needs. Keep in mind, I always give several options for service. No mandated maintenance contracts. Most services are a series of one to four visits during the season. All backed up with a written warranty!